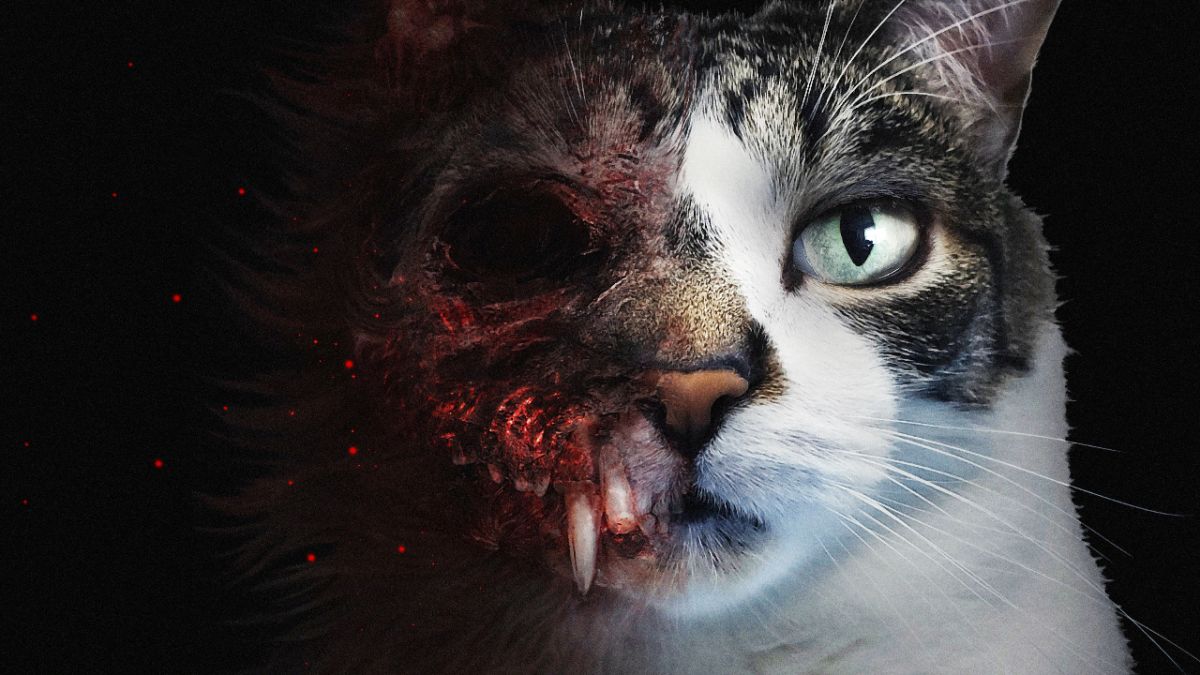 Created by From Scratch Studios, a tiny two-person indie team, Etched Memories is a horror game starring a cat with a troubled past. And honestly, as soon as I read that, I had to play it—not to mention the fact that the cat’s name is Biscuit. Biscuit! The game is very much still in development, but a demo has just been released to give you an idea of what to expect.

“Waking up in the midst of a stormy night, a grey feline named Biscuit finds his mom nowhere in sight,” reads the game’s Steam page, which describes Etched Memories as a *deep breath* first-person and third-person indie horror cat simulation game. “Feel what it is like to be Biscuit as he searches for his mom through the memories he has clung onto.”

I played the demo and, while it’s pretty rough around the edges, there’s something very enjoyable about slinking around as a cat. It makes you feel small, in a way games usually don’t, as you explore the game’s dark, rainy woodland setting. I also love that you can pick stuff up and investigate it, like how you study clues in L.A. Noire, but with a furry paw instead of a hand.

It’s clear this demo is a proof-of-concept, and the developer admits there’s a long way to go. “In the full version of the game, there will be special locations and easter eggs throughout the map that can be discovered from hiking around,” the description reads. “However, please note that this demo will not have these features and the forest will not be as populated.”

No release date has been set for Etched Memories, but I imagine it won’t be out for a while. From Scratch is currently looking to hire professional character artists and animators to help with the project. Until then, the demo will have to do. I’ll be keeping a close eye on this as development continues, and hope the creators will do Biscuit’s story justice.

Microsoft is trying something different to prevent Windows...

The best HDMI cable for PC gaming in...

This website uses cookies to improve your experience. We'll assume you're ok with this, but you can opt-out if you wish. Accept Read More